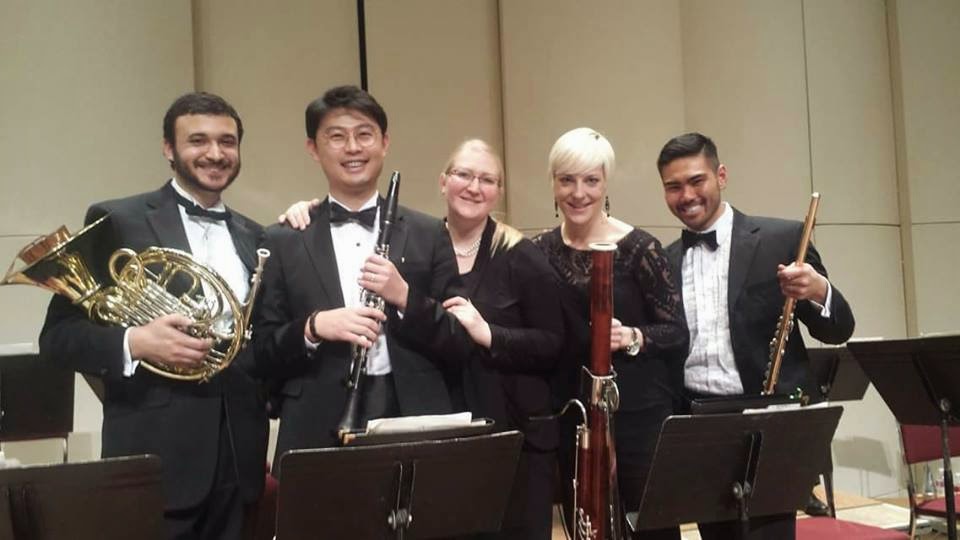 (Found this post saved in drafts and figured I better get it published!)


Masterful & Gracious...
...are probably the two words I could best compliment a musician with.  This weekend I had the opportunity to witness and enjoy musicians who embodied both of those characteristics.  Our symphony concert this weekend welcomed and featured the Brubeck Brothers Quartet.  This will probably be my favorite concert for this symphony season because the Quartet was both masterful and gracious.  Chris and Dan Brubeck, Dave Brubeck's sons, were everything you might not expect from "big name" musicians.  Upon first seeing them with their colleagues, Mike DeMicco and Chuck Lamb, one might wrongfully assume that these accomplished musicians would be bored by a performance with a regional orchestra in central Montana.  However, these world class performers were anything but.  They were engaged, patient, and very gracious as they worked carefully to share with our orchestra and our audience music that was deeply personal for them.

As a quartet they have performed with truly incredible, full-time, professional orchestras led by some of the most accomplished conductors in the world.  It was wonderful to watch Chris lead the orchestra with his wisdom and insight.  I imagine he encouraged and directed us the same way he has directed any of the orchestras they have performed with.  The good humor he shared with us continued between the four of them as they performed.  It was profound to watch their faces as they performed.  The smiles that they shared - like watching the subtle recognition of a great inside joke!  As one musician finished a solo smiles would spread through the quartet.  Chris would then turn to focus his positive energy on the next soloist.  As each member soloed in turn, his colleagues observed with great tenderness, respect and enjoyment the music that was being created for that one moment.

At times it almost felt like I was spying on something much more intimate than a performance in a hall that seats 1,700+ people.  They invited us into their family, their memories, their music and their artistry.  They were truly masterful and gracious. ﻿ 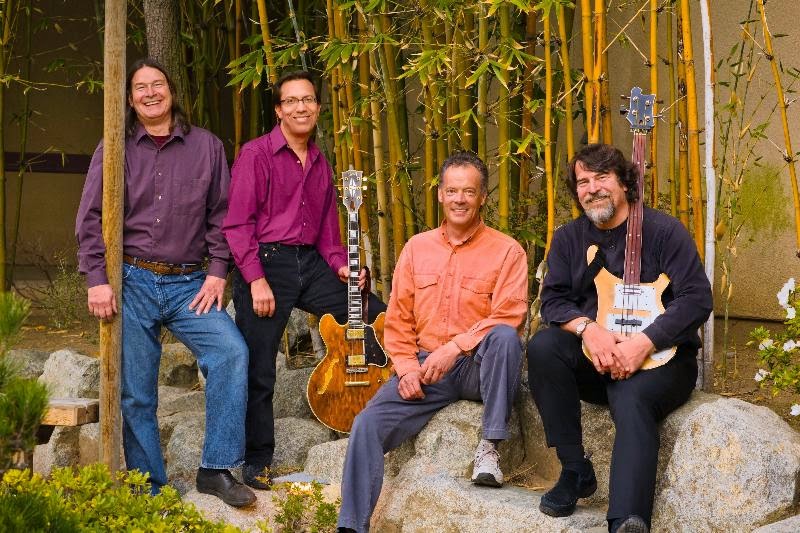 This beautiful musical experience was further elevated by the fact that it was my last performance with Dr. Useon Choi, our clarinetist for the Chinook Winds Quintet and the Principal Clarinetist of the Great Falls Symphony.  It washed over me just prior to the concert as we sat on stage warming up.  I shed tears thinking about drawing to a close this particular chapter of our life as a wind quintet.  Dr. Choi, just like the Brubeck Brothers Quartet, is a musician that I would describe as both masterful and gracious.  He swept into this community 2.5 years ago with his stunning, young wife and, without hesitation, devoted himself to the task of sharing music at the highest level.  Playing for the community and university bands, teaching, hosting 2 international clarinet festivals, organizing masterclasses, creating performance opportunities for local clarinetists at all levels - all his work was a manifestation of his love and joy for music!  Dr. Choi is both masterful at his art and truly gracious with all those he works with.

These experiences made me pause and reflect upon my career and how others would describe me as a person and a musician.  Have I been masterful?  Have I been gracious?

I think that sometimes I have been.

I recognize that going forward I need to be both more often.


Posted by Elizabeth Crawford at 9:20 AM No comments: 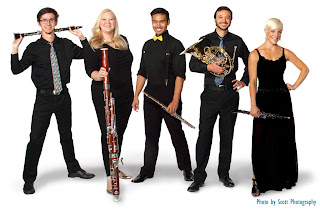 Not to sound like an Oprah soundbite, but I do really love the saying, "New Season, New You!"

There is something very rejuvenating about taking advantage of the seasonal opportunities to approach your work, your life, with a new outlook and a fresh perspective.  After a crazy and exciting summer fundraising for the Chinook Winds to film for PBS and present at the International Horn Symposium, it feels like fall and the new school year are just as exciting as ever.

This fall I added the title (and duties) of University Professor to my schedule.  As the new adjunct Professor of Bassoon for the University of Montana School of Music, I travel over the mountains every Wednesday to teach my students and rehearse with my faculty colleagues.  This development was completely unexpected and wildly exciting for me.  Though I have worked very hard to define my career as a performer, I know, as well as anyone, that being an educator as a musician is integral.  The past few years I have experienced phenomenal growth as an educator - especially as a homeschooler!

As I begin a new season (new you) I am thinking and spending a lot of time on my materials as an educator.  Getting my reed making manual into a document, sharing my favorites resources through a syllabus, and MAKING REEDS!

I will be sharing these materials on here as I continue to develop them for my students.

Cheers for a new season!
Posted by Elizabeth Crawford at 9:16 AM No comments: