I have been thinking about vibrato a lot.  About 2 years ago I had a vibrato crisis wherein I decided I hated my vibrato and pretty much cut it out of my playing as much as possible.  Fortunately, because most of my work is within quintet playing, I can actually get away with a lot of straight tone or at least very little vibrato.

As my private studio has grown to the largest ever, I find myself needing to teach vibrato and not having much success.  In fact, I think I have only confused my students as I have endeavored to approach it utilizing different practice techniques in hopes of striking on one that will work for each of them.

One of my principal teachers developed my vibrato using measured vibrato exercises:

Increasing the tempo to develop many different speeds and with consideration for the the different effort required for each note.

In addition to developing my vibrato on bassoon with these exercises, I have also used vocal vibrato techniques to develop variation in the width of the vibrato, intensity, and color.  These were centered around manipulating pitch in both my classical and jazz vocal studies.  I found these exercises to be very powerful for me and have attempted to teach my students on the use of vibrato through vocal/pitch exercises...

...which has been a pretty obvious failure.

After two recent and disheartening conversations with students who both proclaimed their hatred for vibrato and confusion with creating it, I realized I needed to get serious with finding a solution.

Thus, I returned to the basics.

Any time I want to remind myself of fundamental concepts I begin by turning to 3 main sources: 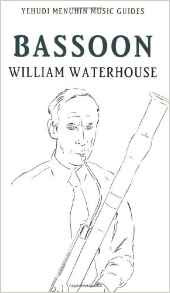 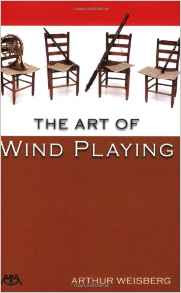 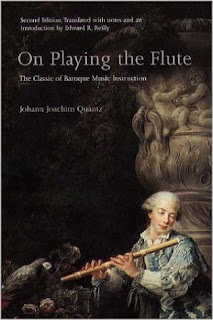 Secondarily, I use 2 more sources with equally excellent insight: 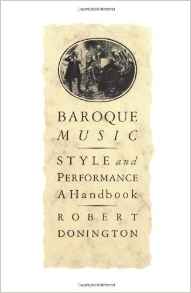 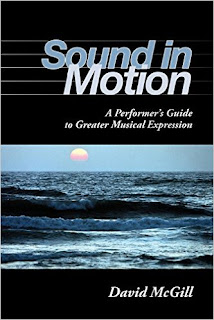 In my effort to remind, perhaps even reteach myself the fundamental concepts of vibrato, I read what each of these sources had to say.  I found Donington's comments on the aural phenomena of decay with sustained, unvarying tones to be fascinating and highly recommend it as reminder of the importance of using vibrato.  I had an EPIPHANY when I read Weisberg's section on vibrato and realized I had been leading both myself and my students astray with too much emphasis on manipulation of their pitch.  Mr. Weisberg reminded me that the physical action one takes to create vibrato on bassoon is a manipulation of VOLUME.

I immediately adjusted my thinking as I played two concerts after reading this and found myself feeling more in control and better able to produce a beautiful vibrato.

It seems obvious and simple and when I worked with two students using a volume exercise, they had immediate success.

What did I learn from this:
Posted by Elizabeth Crawford at 9:51 PM
Email ThisBlogThis!Share to TwitterShare to FacebookShare to Pinterest
Labels: bassoon, donington, fundamentals, quantz, sources, vibrato, vocal technique, weisberg, william waterhouse