The Artist as an Effective Communicator 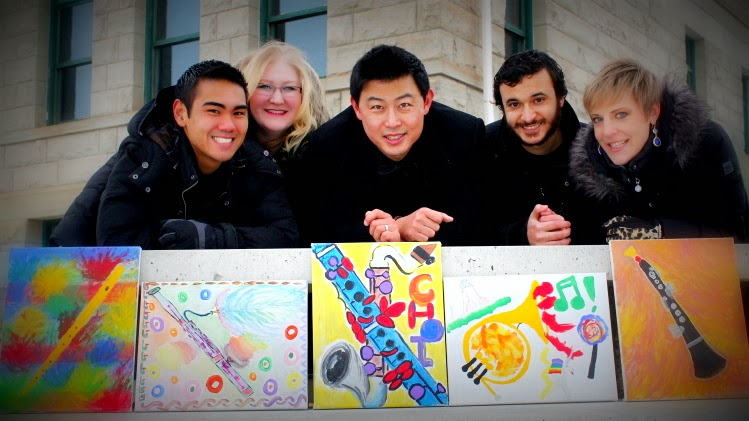 How many different ways do we communicate as a professional musician?

1.  With our music.  This is pretty obvious.  Our music speaks for itself.  It tells the story intended by the composer.  Sometimes it's an image, Mussorgky's "Pictures at an Exhibition."  Sometimes it's a feeling, Wagner's "Liebestod."  Often it is an actual story, any of Schubert's Lieder.  In all of these examples there is a specific message which is conveyed through the compositional skill of the composer.  Some performances convey that message better than others but for many pieces in standard rep, the story is often able to transcend the actual performance.  Thanks to program notes and the advent of Wikipedia, it's easy to know what you are listening to even if the performance isn't necessarily telling you.

But there is a second aspect to performance that also communicates to the audience.  It is sometimes more obvious and sometimes subtle depending on who is listening and how well they are paying attention.  The message communicated in performance is about you, the performer, and it tells the story of how well you prepared for this performance.  In my experience, when musicians listen to a performance they are often listening to hear this second story.  They are more interested in gleaning information on how much you practiced and how well you have mastered your art.  But be aware, even for the audience member who doesn't have a highly trained ear, we all have ways of communicating a lack of preparation or even a lack of interest in what we are doing.  Our faces can give away mistakes, frustration, and even worry when something goes wrong.  No matter what happens, keep smiling!  Live audiences are very capable of forgiveness especially when they feel drawn into your passion.

2.  With our words.  Now more than ever our audiences are looking to interact with the performer.  Anyone can sit home and simply listen/watch a performance on multiple forms of digital media.  What brings them out to live performance is not necessarily the performance but the intimacy in feeling connected with what they are hearing and seeing.  Many audience members will avail themselves of the program notes but in my experience, many more want to hear your thoughts as the performer.  They want to hear your words.  Audiences are looking for that fascinating bit of information they can't find in a google search.

This expectation requires us to communicate in a medium we perhaps aren't "trained" for.  How often have we encountered a musician who stumbles over their words and finally says, "Just let me play it."  But playing isn't always enough anymore.  We have to be able to talk about.  We have to be able to effectively communicate what we are doing: to an audience, to our students, to patrons, board members, family members, etc.  You can't walk into a masterclass and "just play" for 2 hours and assume those students have learned the principals you intended for them to hear.  You also can't "just play" for your audience and assume that they know exactly what you have done to create a moment for them.

You have to use your words!  That's something that I have said a lot as a mom.  More and more, it's something I think (and occasionally say) in my work as a performer.  We have to use our words effectively to convey messages, to build relationships, to create connections, and to give a complete performance.  I have found audiences interested in learning about how a selection was chosen, what happened in rehearsals, how we felt individually connected to the piece.  Answering questions like these doesn't happen during the concert.  It happens after the concert, when you mingle with the people who made the choice to share that performance with you.  It is effective communication that will bring an audience back - because you are no longer a performer to be watched, you are a person they can talk with.

3.  With our bodies.   I'm going to say it!  You can't look crazy.  How you dress, how you move on-stage, how you interact with your ensemble shouldn't look crazy.  It's like watching a young bassoonist flap their wings!  (Where does that come from?)  There is movement which is necessary and natural and then there is acting.  Have you ever performed under a conductor who engaged in a choreographed dance rather than conducted?  It's a nightmare.  You realize they have spent more time calculating how much fun the audience will have looking at their backside instead of spending time engaging with the score and the musicians.

Effective communication with our bodies is engaging to watch for an audience.  They can see cues, they can see the excitement (the wind quintet that moves to the edge of their chairs in the technical passages) but no one wants to see acting or clowning.

I will go one step forward to say that we communicate with our bodies in how we dress them as well.  I will never forget attending a chamber music concert in Seattle where a quartet was featured for one piece.  Three women came out on stage wearing gorgeous couture gowns...and the palest faces draped in the stringy-est hair.  It was distracting!  It was as if they were half-dressed.  It looked like they had rolled out of bed, pulled on a $5,000 dress, picked up their $100,000 instrument and forgot to look in a mirror.  Did it ruin their performance?  I have no idea because all I could think was , "Good Heavens! Pull a brush through your hair!"  I'm I superficial?  Maybe!  But if I was thinking it, you know there were many more in the audience thinking it.

Communicate effectively with your body by making sure you aren't distracting the audience with your body.  Dress and movement are ABSOLUTELY part of your performance!  Of all the time you spend in preparing for a performance, don't allow these details to go unattended.  Spending a few minutes to talk about what everyone is going to wear and what the general look should be is valuable.  Pointing out and correcting strange or unneeded movement is also time well spent.  For some who sit with their eyes closed, this won't be an issue.  But we all know that in today's visual society, more people are listening with their eyes.

4.  With our press and media.  For many aspiring groups, they depend on communicating with potential audiences through their press and media long before that audience experiences them in performance.  This is an aspect of communication that requires a lot of time and creativity (sometimes money, sometimes not if you are creative) but can also pay a lot in dividends IF it is executed correctly.  I'm always learning more about how valuable and powerful an artist's press and media is.

We can look to pop culture to see many examples of effective communication in press.  Even Miley Cyrus!  You hate her twerking?  Guess what, you knew EXACTLY what I was talking about when you read it.  THAT is effective media!

We can look to classical music to see lots of bad press.  What has gotten the most media attention in the past few years: Detroit, NYC Opera, Minnesota Orchestra = all bad news.  We hear a lot more about things going wrong in classical music than things going right!  Much has been blogged about our need to get the good news out there.  Detroit is back playing and exceeding fundraising goals.  Minnesota has signed a new agreement.  That's the good news and now they need to keep the good news rolling.

A whole blog post could be written about this (and much has been) but I think the most important points to remember when managing your press and media is: creativity, positivity, clarity, and consistency.  Whether your audience is on a website, facebook page, looking at a poster, or listening to a radio ad; be creative, be positive, be clear, and be consistent. 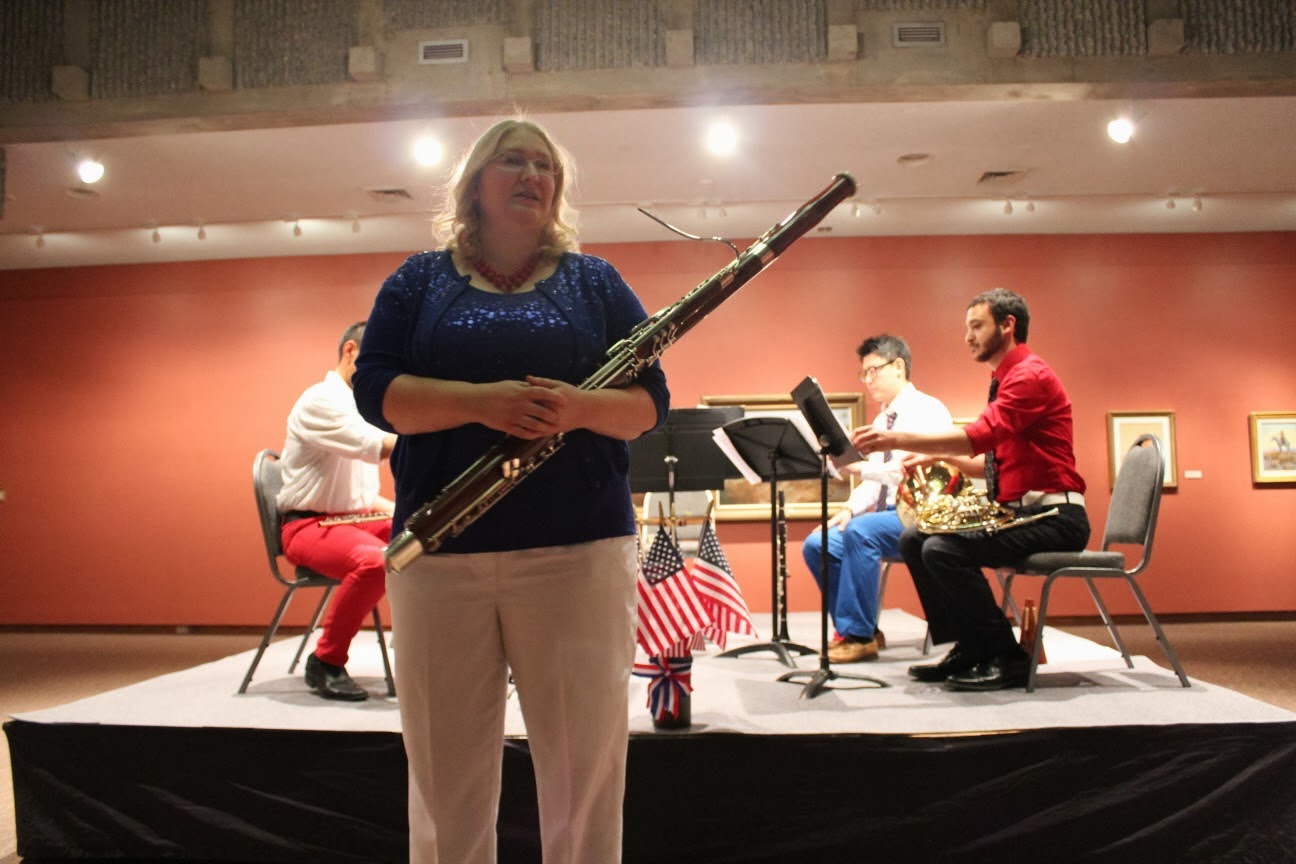