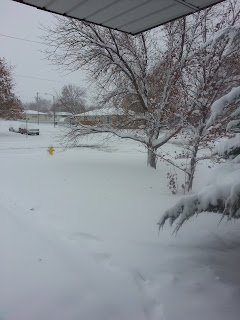 In 1998 I headed out to BYU as a music performance major.  I lasted exactly 6 months as a student at BYU.  One of the absolute highlights of my short time as a student in Utah was our almost weekly trips up to Salt Lake City to see the Utah Symphony concerts.  At 18 years old, they were the best orchestra I had ever heard live (in my 18 year old opinion.)  The Utah Symphony just seemed an absolutely musical gem (and I still think they are) and I vowed that I would someday play with the Utah Symphony.

Fast forward 15 years and an unexpected return to the state of Utah.  Five years of living in Utah, going to school in Utah for my graduate degree, free-lancing around Salt Lake City, and even performing as a sub with the Utah Symphony.  We purchased a home thinking that Salt Lake City was going to be our final destination and then, inexplicably, I won a job in Montana with a requisite move.  BUT on the horizon remained an opportunity to win a job with Utah Symphony because the second bassoon spot in Utah Symphony had opened and would be auditioned.

I know that every audition is a crap-shoot, a lottery, a game of chance and luck.  For every musician there is that one audition that you just REALLY want a chance at because you can feel the win - or at least the hope of a win .  The Utah Symphony audition was definitely my one audition that I really wanted a chance to win.  I mean, let's be honest, it was a long-shot but so is EVERY audition...and stranger things have happened.

The truth is...augh...I'm going to have to admit it.  For  a job I really wanted, I did not prepare.  I don't mean that I felt unprepared, I mean I was not prepared.  I had the list months in advance and looked at it and saw that there were a few excerpts I would really need to address.  Bit I didn't.  Why?  Because I was completely ensconced in the job I have here in Montana and I simply didn't know how to master the new skill of: hold down current job and prepare for bigger job.  That's an advanced skill that they definitely never teach you in school.  They teach you to win one job, not manage one job AND land a new, much more demanding job.
I think there was some self-sabotage happening.  Two weeks before the audition I decided it might be good to open the attachments in the email that invited me to the audition and realized that I was a few weeks past the deadline to send in my audition intent form.  Part of me wrote it off but I decided to email the APM (a colleague I knew and had played in a quintet with) and ask her if she would accept it late...which of course she did.  At which point I decided I needed to get serious and start into audition prep.  But then concerts and rehearsals and life and *POOF* it was four days before the audition I was down to THE WIRE to get it together!

Then the storm hit - like, one of the biggest in Montana history - and they don't clear the roads in Montana because it "never" sticks.  Except it did this time.  Four days passed and I never even saw a snow plow BUT I got in a ton of practice time.  Perhaps even enough to be competitive.  I emailed the APM and she graciously moved my time to the second day of auditions to give Montana Department Of Transportation some extra time to SEND OUT A FREAKIN' PLOW.  Which they did not.  With below freezing temperatures, ice covered roads, and no salt or plows, wemy husband and I did a trial drive to see if we could reach I-15.  What we learned is that it was treacherous and with all the mountain passes not cleared, I was facing the very real possibility of ending my life in pursuit of my *dream* audition. 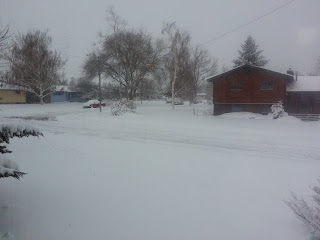 All I know is that, in the end, I didn't go to that audition.  I have a job that, as it turns out, I love a WHOLE LOT.  We live in a city with good schools - way better than SLC schools.  The air is clean.  There is essentially no crime.  I'm perfectly happy with where I am right now.

I know there has to be a purpose and reason to it all.  I know that God once flooded the earth to get a message to His children that they needed to get their act together.  I know that I am very hard headed and so, maybe, God sent me a blizzard to let me know that where we are, right now, is exactly where we need to stay and instead of taking auditions I need to focus on what I'm doing and just be grateful for what I have.  What I have is quite a lot.