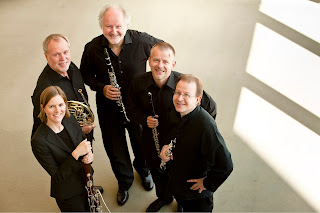 During my undergraduate study at the Manhattan School of Music (1999-2002) I became obsessed with the Berlin Philharmonic bassoon sound.  To me, it was the most beautiful, musical, dark, luscious sounding bassoon section of any major orchestra in the world.  I described it to my sister just yesterday like this,


"Imagine you have curled up in front of a fire on a cold and dreary day with a book you know you love.  The book itself has that unmistakable musk found in used bookstores - old leather and brittle pages. You curl up with this book, in front of the fire, under a blanket, on a day when you have absolutely nothing else you need to do - in fact all that you needed to do, has been done.  You have nothing but this wonderful book and the luxury of the day.  This is the sound of the bassoon section of the Berlin Philharmonic: warm, dark, luxury."

I was an undergrad during a time when you purchased CD's.  Almost all somewhere in the $12 - $20 price range unless you dug deep in the clearance bins and found a treasure.  Once a week I would head down to Tower Records at Lincoln Center (because Virgin Records at Times Square was always too expensive and didn't have nearly the immense classical section), travel up to the second floor and pass through the doors into the classical section.  I had to choose my recordings very carefully: cost, label, orchestra.  Could I afford it, was it recorded under a reputable label, was it an orchestra with a section I loved? 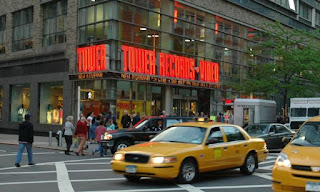 I don't know how much I spent on CD's during that era but I do know that almost all of them ended up being the Berlin Philharmonic.

The first time I heard the BPO Wind Quintet in person was during my masters degree.  Their tour included a performance in Utah at Weber State - it was everything!   October 9, 2010.

Marion Reinhard joined the BPO Wind Quintet in 2009 after the retirement of her BPO colleague Henning Trog.  It's important to note that Marion was the first female to ever received appointment to the Berlin Philharmonic bassoon section.  She achieved this in 1999.  You can read more about this in the NYTimes article Berlin in Lights: The Woman Question.  Lesser known fact about Marion that we discovered this weekend was that she now plays with the Opera Orchestra in Milan  La Scala.  On their roster it states she is the contrabassoonist.  She shared that after 13 years of playing with Berlin, she made the decision to move to Milan, where her boyfriend is from.  I believe that's what we call amore!  Marion also shared that she began playing the bassoon at the age of 16 after many years of violin study. 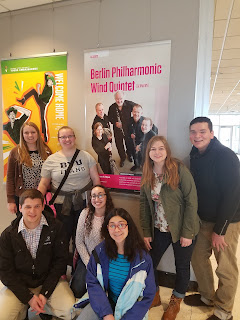 This weekend my flute colleague, Dr. Nadine Luke and I took BYU-I students to Provo to hear the BPO Wind Quintet and sit in on masterclasses with its members.   They performed a similar program to what I heard in 2010: Anton Reicha, Quintet, op. 88, no. 5; Pavel Haas, Quintet, op. 10; Samuel Barber, "Summer Music," op. 31; and Carl Nielsen's Wind Quintet.

It was simply wonderful!  It made me love the Hindemith, a quintet I haven't much been interested in, and confirmed why the Nielsen is part of our standard canon.  It's impossible to count how many times I have listened to and played the Nielsen.  Yet, in the hands of the BPO Wind Quintet, the piece is as fresh and exciting as ever!

Attending the masterclass with Marion rendered me absolutely star struck and I didn't ask everything I wanted to about her life, career, sound and reed-making.  I'm so grateful for Dr. Smith who, with many years of hosting incredible musicians under his belt, finds it very easy to ask questions and engage in light conversation within the parameters of the masterclass setting.

I took away so much from her wisdom as she listened, played, and interacted with the student bassoonists.  Much I will keep for myself in my notebook but some I wanted to share here for others to enjoy.  I won't get into the repertoire specific feedback she gave but instead share some of her more precious sound bites.

"You have to change the system.  Don't go back to what you are used to."

Regarding the pacing of dynamics, "You have to fight for all these things!
It's hard work but it's more interesting  and more fun for you to play."

"Singing helps us get back to natural music making.  We lose this
because we struggle with technical things."

"Always control yourself when practicing."

"Always look for the most natural, relaxed way to play."

Anyone who has seen Marion perform has likely observed that she sits with a harness.  She shared that it is actually a guitar strap to which she has added an O-ring and hook and wears on the right shoulder instead of the left.  As a student she always stood in her lessons and, to this day, feels that playing with a harness is the most freeing posture for her.

I still need to make it a #lifegoal to sit down and chat with Marion about her career and dissect her reeds.  However, seeing her perform again and listening to her up close in the masterclass was absolutely inspiring.  After the masterclass I found myself smiling really wide and thanking her when in reality I wanted to hug her - which I learned from our German exchange student is not acceptable (Americans...).

I would now like to rebuild my playing from the ground up!